Max Morris, son of Isidore and Sarah Meyers Morris, and Irene Ratner married in the Municipal Building in Manhattan on 15 September 1920. 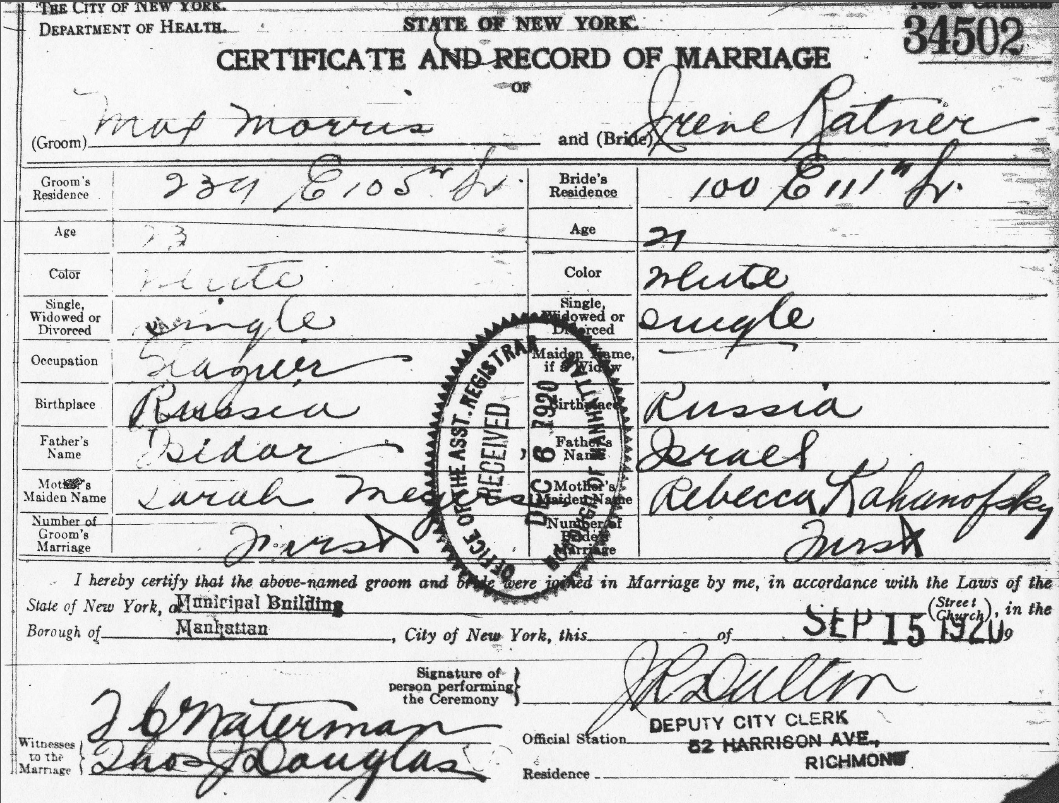 I hearby certify that the above-named groom and bride were joined in marriage by me, in accordance with the laws of the State of New York, at Municipal Building, [stamped] in the borough of Manhattan [stamped], City of New York, this SEP 15 1920 [stamped].
Signature of person performing the ceremony:
/s/ J.R. Dalton
Official Station: DEPUTY CITY CLERK
52 HARRISON AVE.
RICHMOND     [stamped]
Residence: ---------

[2nd page]
WE hereby certify that we are the Groom and Bride named in this Certificate, and that the information given therein is correct, to the best of our knowledge and belief.
/s/Max Morris Groom
/s/Irene Ratner Bride
Signed in the presence of  /s/ T.C. Waterman and